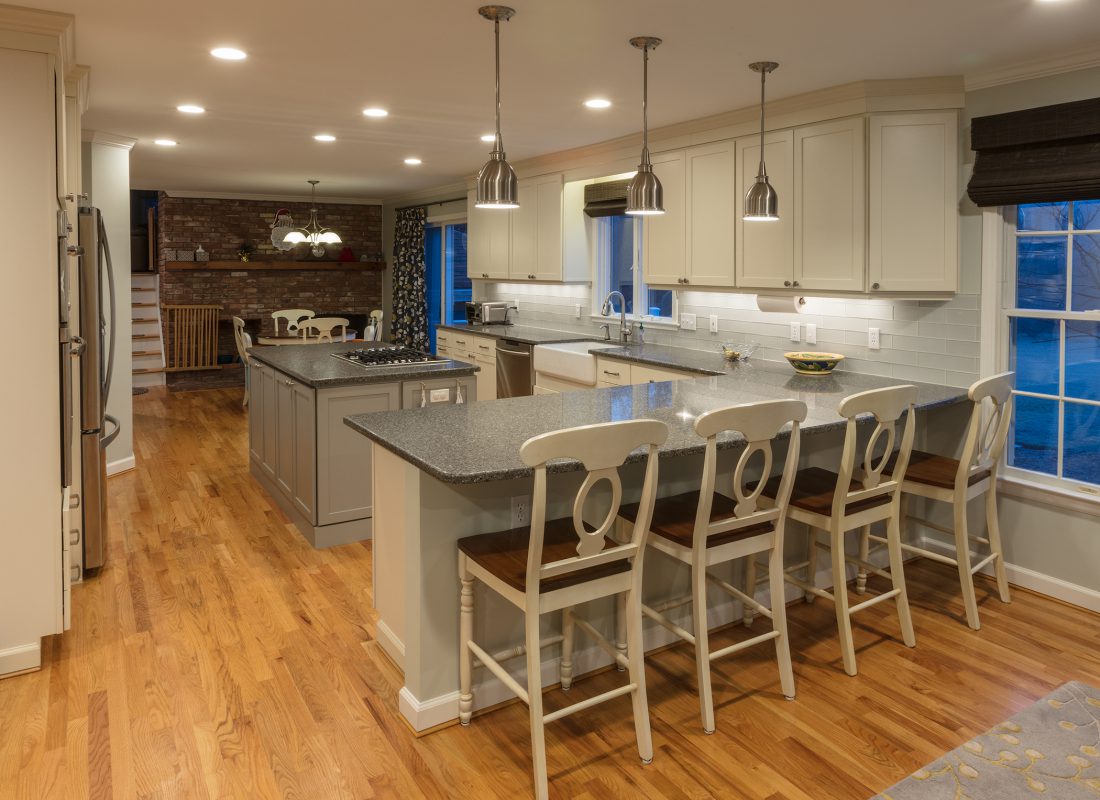 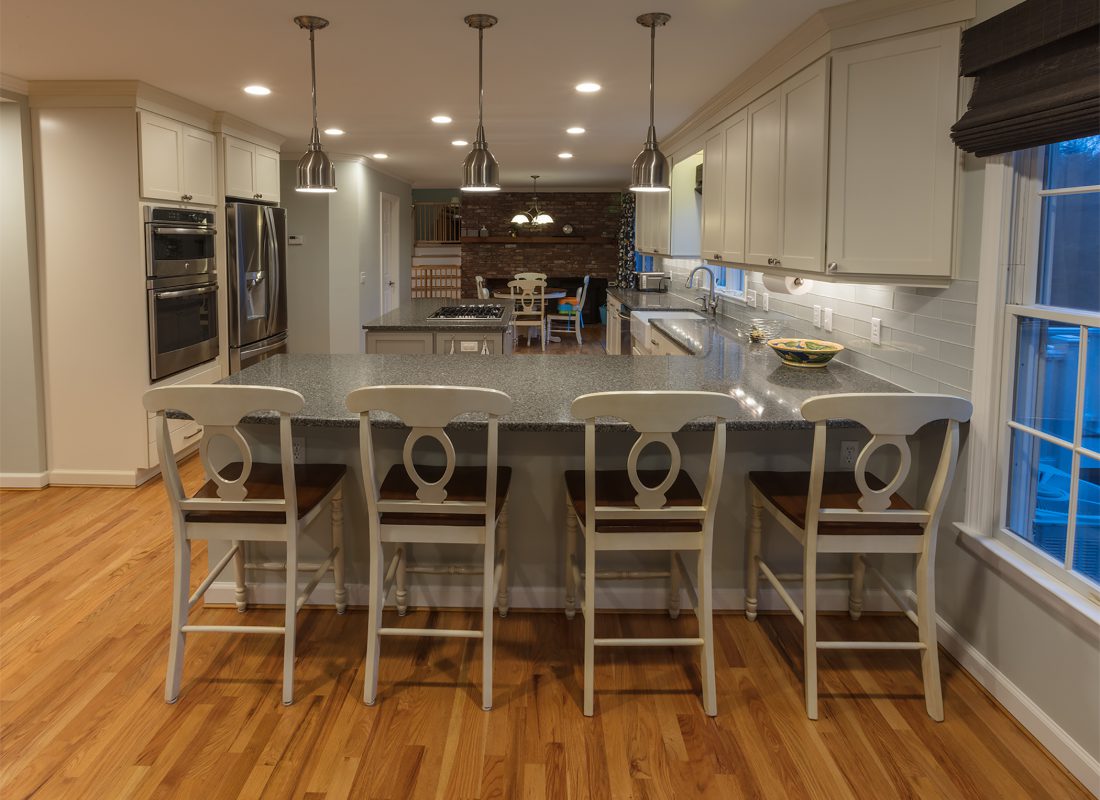 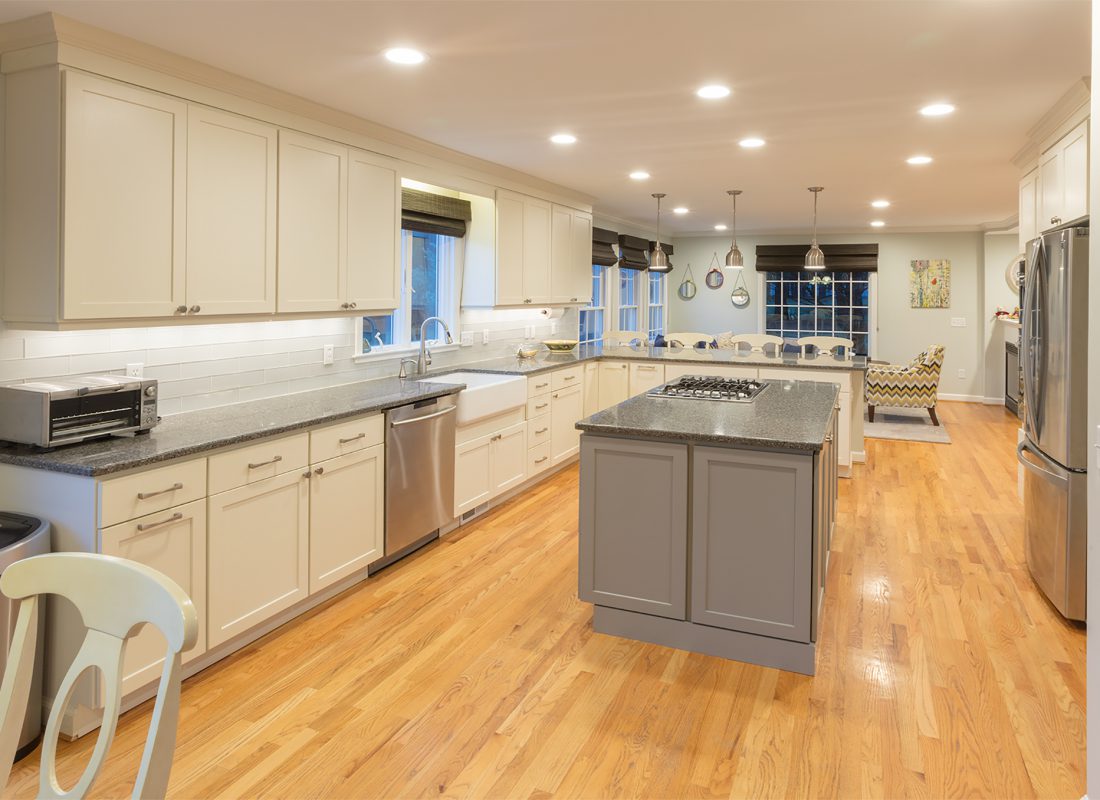 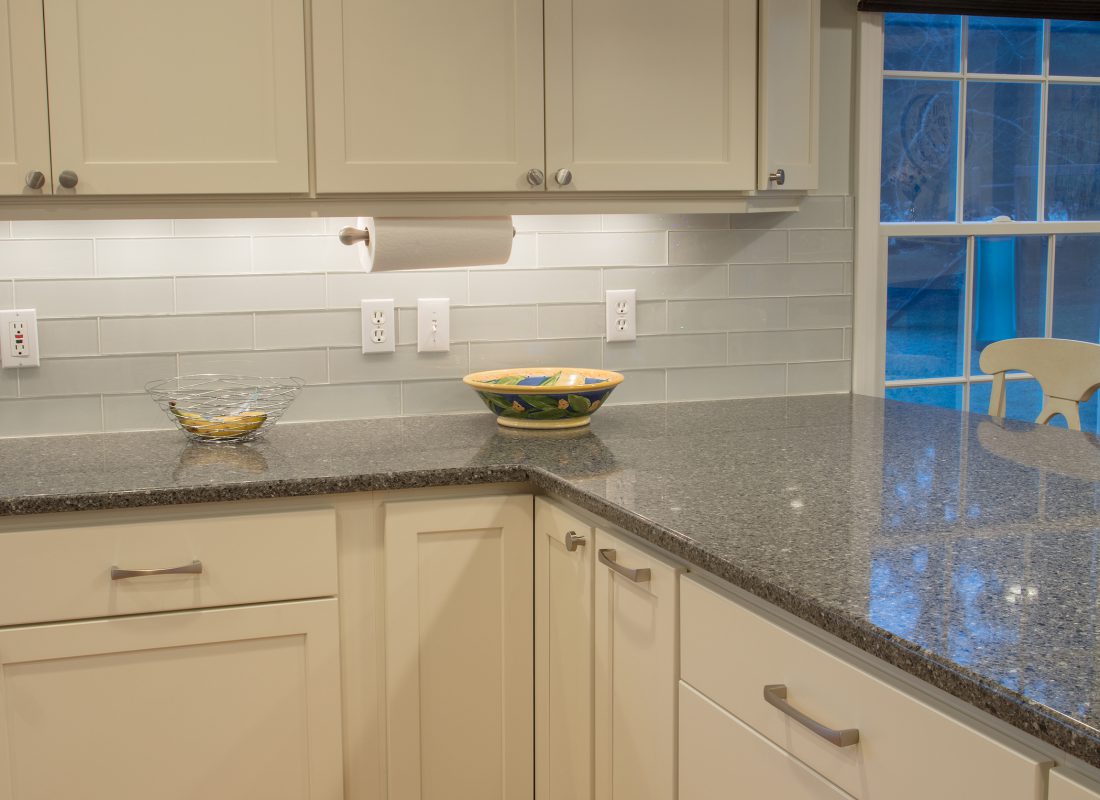 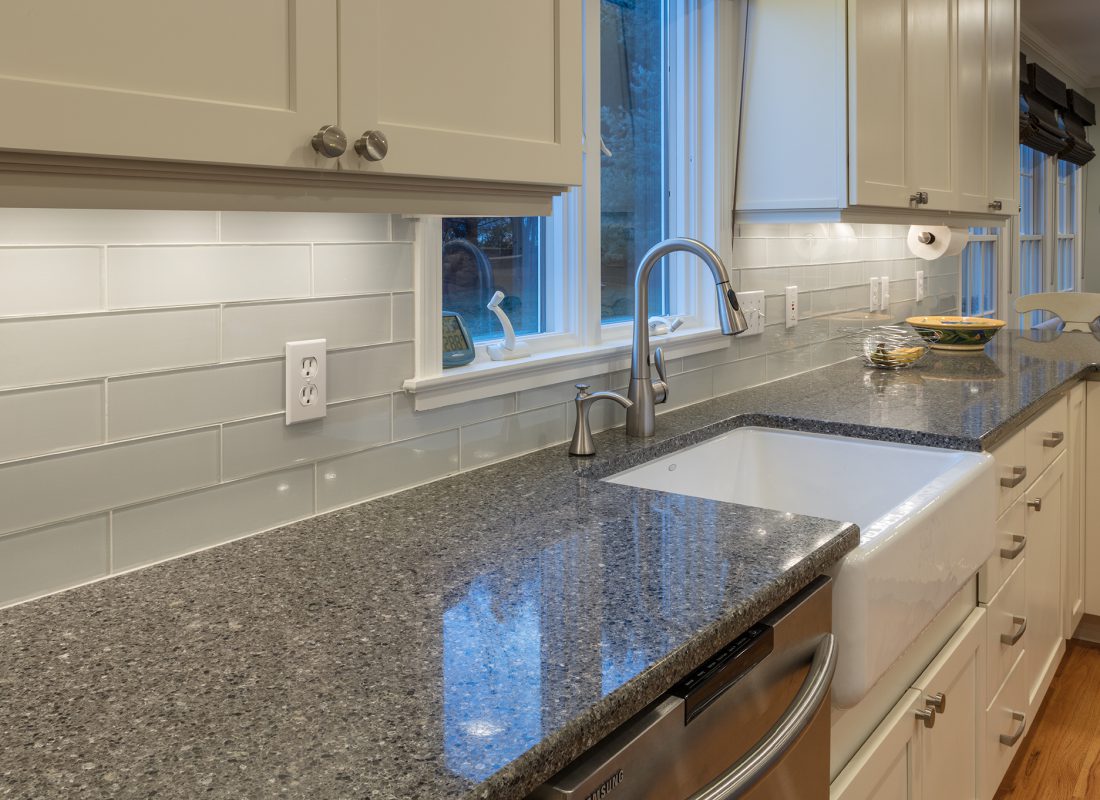 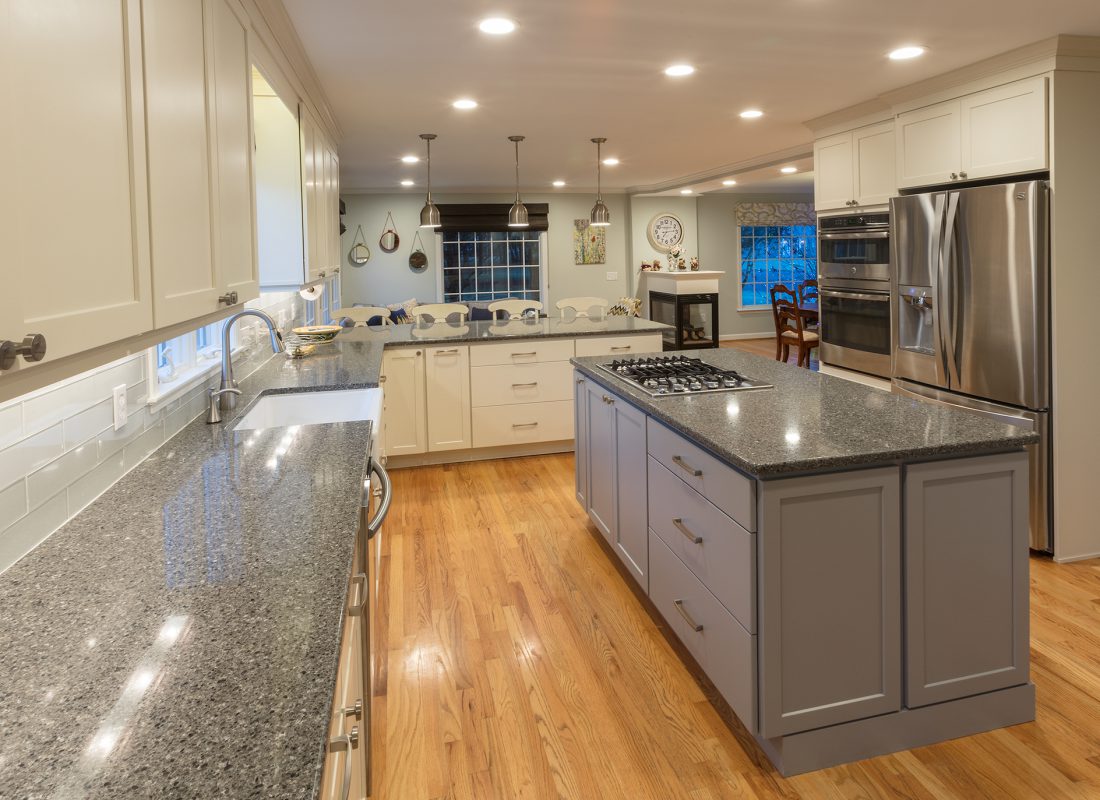 The client wanted to renovate their kitchen, to open up the room and increase the natural and working light while creating a more modern and functional space.  Regan Total Construction was able to help them reconfigure and upgrade their kitchen to meet those goals.

Here is a description of our work:

We hired Michael Regan of Regan Total Construction to remodel our first floor living space. The project included a complete kitchen remodel and the removal of several walls including a load-bearing wall. We obtained quotes from three general contractors. Michael’s quote was the most detailed and also the least expensive. After calling and speaking with two of his references, we hired Regan Total Construction for our project. At the beginning of the project we told Michael that it was important to us that our kitchen sink and dishwasher be functional throughout the project and that the cleanliness of his crew was important to us. Michael delivered on both of our requests. We only spent one night without a kitchen sink and dishwasher, which is impressive given that all of the cabinetry was replaced. Michael and his crew kept our house admirably clean throughout our winter project, cutting almost all of the lumber outside or in the garage despite bitterly cold temperatures. The crew cleaned up and organized their materials and tools each day in a way that minimized disruption to our daily routine. Their daily cleanup frequently included the use of a Swiffer Wet Jet to clean the wood floors in the project area.

Throughout our project Michael returned emails and phone calls in a timely fashion and responded thoughtfully to all of our questions and concerns. His subcontractors were all excellent and held to his high standards. Michael even identified project tasks that took less work than expected and billed us less for those tasks as a result. Michael’s customer service throughout the project was exceptional. It was clear that he wanted to make sure we were totally satisfied with every aspect of the project, big and small. The end result speaks for itself; we love our new space and would recommend Regan Total Construction without reservation.

Wondering how much your home improvement project will cost? Get a Written Estimate

Get an Estimate 100% FINANCING AVAILABLE